The Federal Executive Council (FEC) meeting presided over by Vice President Yemi Osinbajo has approved the dredging of the Warri- Escravos seaport for N13 billion.

The Minister of Transportation, Rotimi Amaechi, said after the meeting that the approval followed the presentation of the proposal early in the meeting by the Managing Director of the Nigeria Ports Authority, Hajia Hadiza Bala Usman.

“We got an approval for the dredging of the Escravos-Warri Seaport and the replacement of the bad navigational aids.

“The total cost of the project was N13 billion.’’ 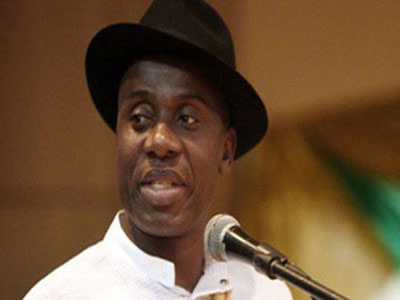 The Minister of Water Resources, Suleiman Adamu, also said that the ministry got approval for three memoranda submitted to FEC highlighting the problems in the water and sanitation sector.

“Ours was policy memo highlighting the crisis facing the water and sanitation sector in the country and the need for government to take action.

“We highlighted the fact that urban water supply is regressing, access to improved sanitation has decreased over time that we will not be able to meet the SDGs.

“WASH (Water, Sanitation and Hygiene) service in the rural areas are unsustainable, our share of the spending on WASH sector has declined from 0.7 per cent to 0.27 per cent of the GDP in 2010.

“These are just very far lower than the regional value.

“We submitted a memo to council asking them to approve an action plan that we have been working on for the past few months on how to redress these issues.

The Minister also said the ministry prayed for the establishment of a WASH fund for the country where the federal and state governments and international donors could put in money for addressing the crisis in the water and sanitation sector.

He also requested that henceforth the budget for water and sanitation be significantly increased so that the challenges could be effectively tackled.

“We are grateful that council accepted our prayers and we move on with the action plan going forward,’’ he stated.